The events that happened in my last two posts were near the holidays.  Thanksgiving was coming followed by Christmas.  It was their year to spend it with his family.  They we’re planning a road trip for Christmas.  W thought it a good idea to tell his family and have them send out a mass text message to get the word out to extended family members who would be present during the holiday festivities.  This outraged Kae, but it was too late the message had gone out to a bunch of family members. It went something like this…. 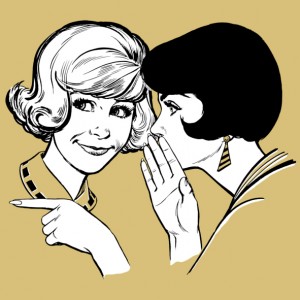 Dear family – W has brought it to our attention the Kae may be an alcoholic.  She’s drinking too much and he is trying his best to help her through this.  She won’t be drinking during the holidays.  Don’t be surprised.

It’s no wonder she was furious.  Do you think anyone stepped up and removed alcohol from their plans?  Nope!  On their first night at his parents house his mom showed her where to find the non-alcoholic wine and beer and everyone else proceeded to pour their alcoholic beverage of choice.  Okay providing some non-alcoholic beverages was a nice gesture but really people…what kind of support is that?

The bigger picture here is that his mom and her sisters drink like fish and continued to do so knowing that Kae might be struggling with alcohol use.  Her husband also drank as much as he liked and continued to harass her about how she couldn’t and shouldn’t drink any. Kae was able to make it through most meals or cocktail hours without imbibing, feeling a bit lonely and left out as everyone else poured and poured and poured.  Finally she decided she could handle a glass or two of wine with everyone else and so poured herself some.  At that time she was able to control how much.

That holiday we were able to spend one evening with Kae and W and chose not to serve alcohol nor have it available.  It seemed a bit uncomfortable but that’s because it’s not the norm, but what family wouldn’t be happy to accommodate a loved one who may be struggling with alcoholism?  At this time we weren’t even sure if she was truly an alcoholic or not.

She abstained the majority of that holiday trying to please W but it got her nowhere because as soon as they returned home everything went back to status quo.  So she began to drink in her closet again.

Should W have told his family and allowed them to spread the word like wildfire?  Would it have been better to have a private and personal conversation with his immediate family and let her do the talking?  Just curious if you’ve experienced a situation such as this how did you handle it?

And if you’re thinking that I seem a bit angry with his family you are correct.  Writing about it helps me let go because anger towards them does not serve me in any positive way.  As I tell you more about their behavior with the abuse you may come to understand better why I feel a bit incensed with their response or lack of to this entire situation.